DAYTON, Ohio (WDTN) – The strong economy and housing market has had an impact on the look of Dayton-area, but there are still problem properties.

Spots like the North Plaza Inn off Dixie or The Executive Inn off Needmore and I-75, are now gone. The Sunshine Biscuit Company building off Cincinnati and Watterson streets was vacant for years, but is now a Lewis and Michaels Inc. warehouse.

But major eyesores are still out there. Here’s a list of some blighted local buildings.

The property is in rubble after two fires in 2016 and 2017. Hewitt was bought out by Bradley Soap International in 2004, according to Dayton History Books Online, and was shut down in 2006. (There was a correction made to this entry, for more information read below). 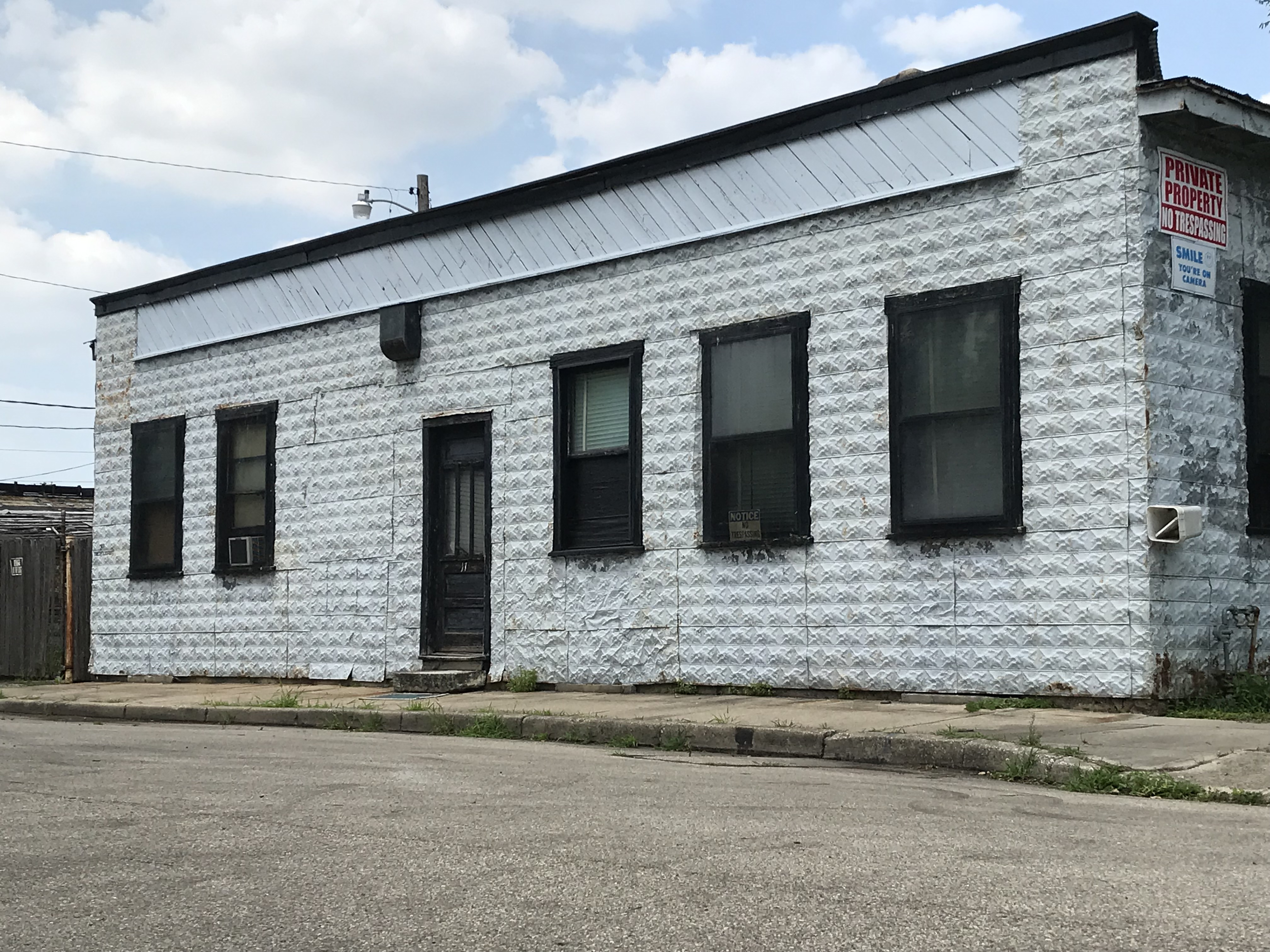 The Kramer brothers were innovators in concrete tools, but their old building has fallen on hard times. With much of the property used as a scrapyard, and with houses on the street sitting just feet away from the building, the dilapidated structure sits almost hidden from the rest of town. The building is among several parcels with separate owners. Kramer Brothers and their popular Gem Cement Tools were bought out by Bon Tools in 2004. 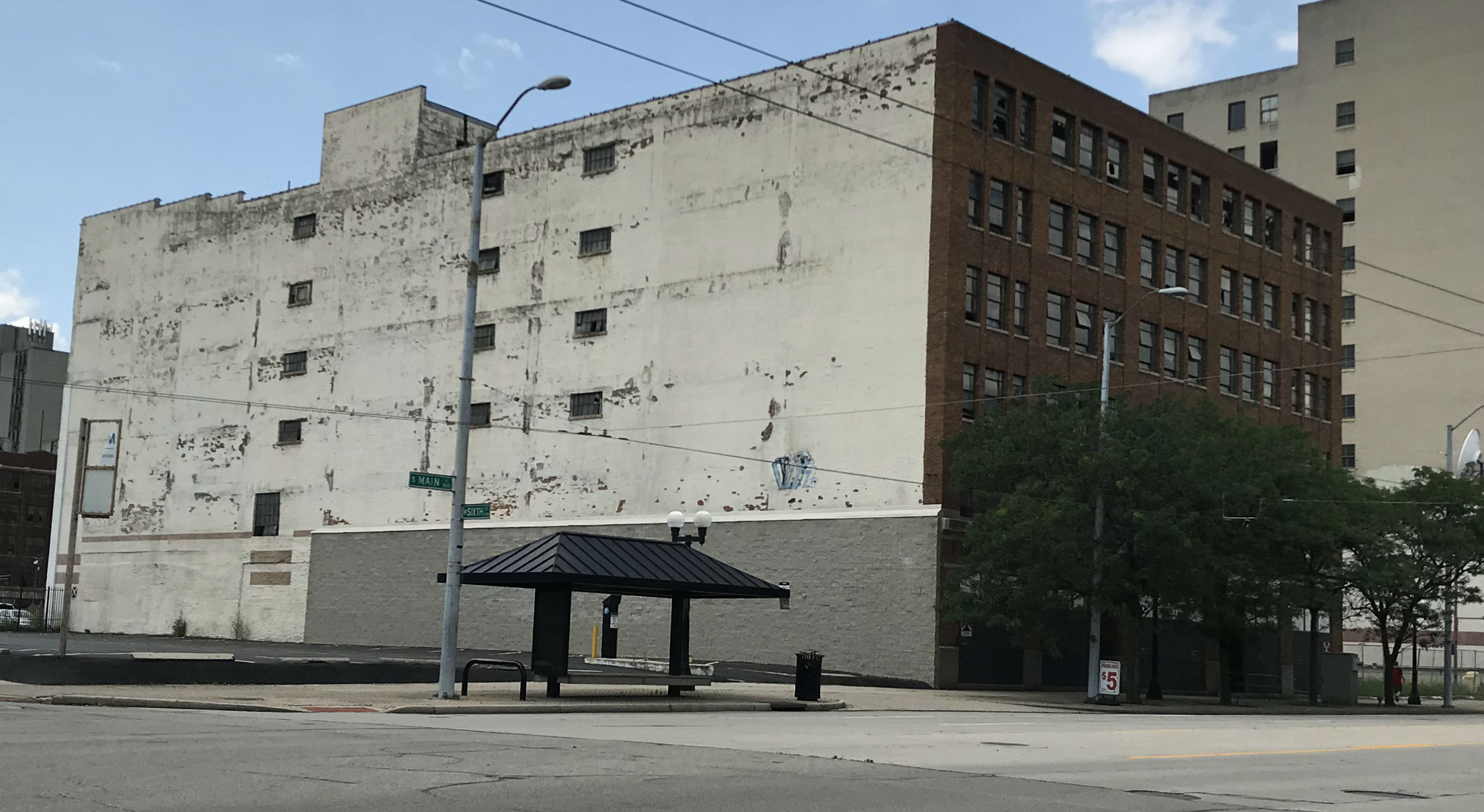 The large brick building sits in a prime area, on the west side of Main Street across from the RTA station on the south end of downtown. Plans may be in store for the property – the Montgomery County Landbank sold it to the City of Dayton in May. Stomps Chevrolet was a favorite dealer for Dayton musclecar enthusiasts during the 1960s. 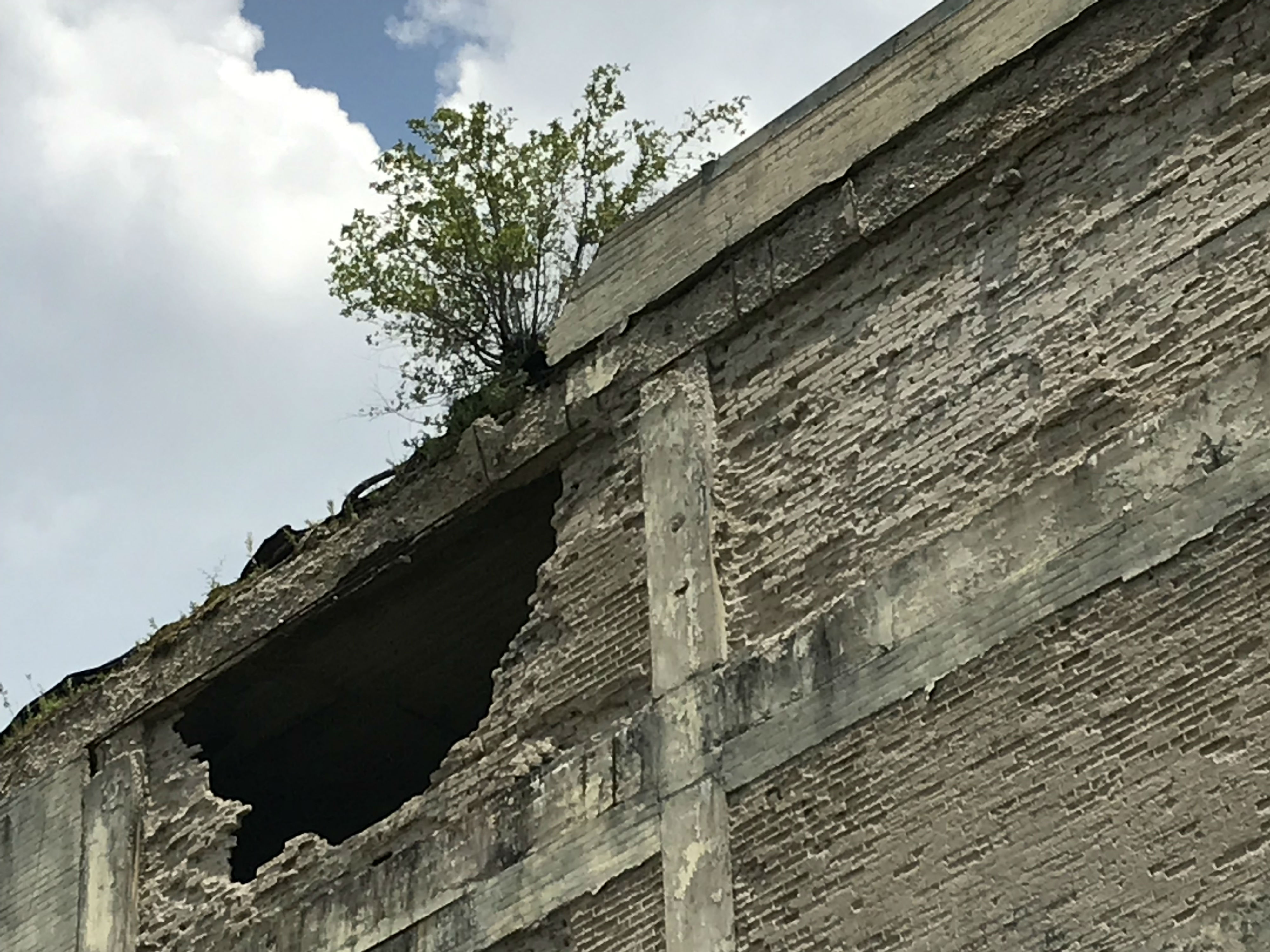 Across the street from the Yellow Cab Tavern is a multi-story former factory building. No records exist for the building, which is demolished in certain sections and has also been divided into parcels. The building is noted for having several trees growing from its top floor through the roof. 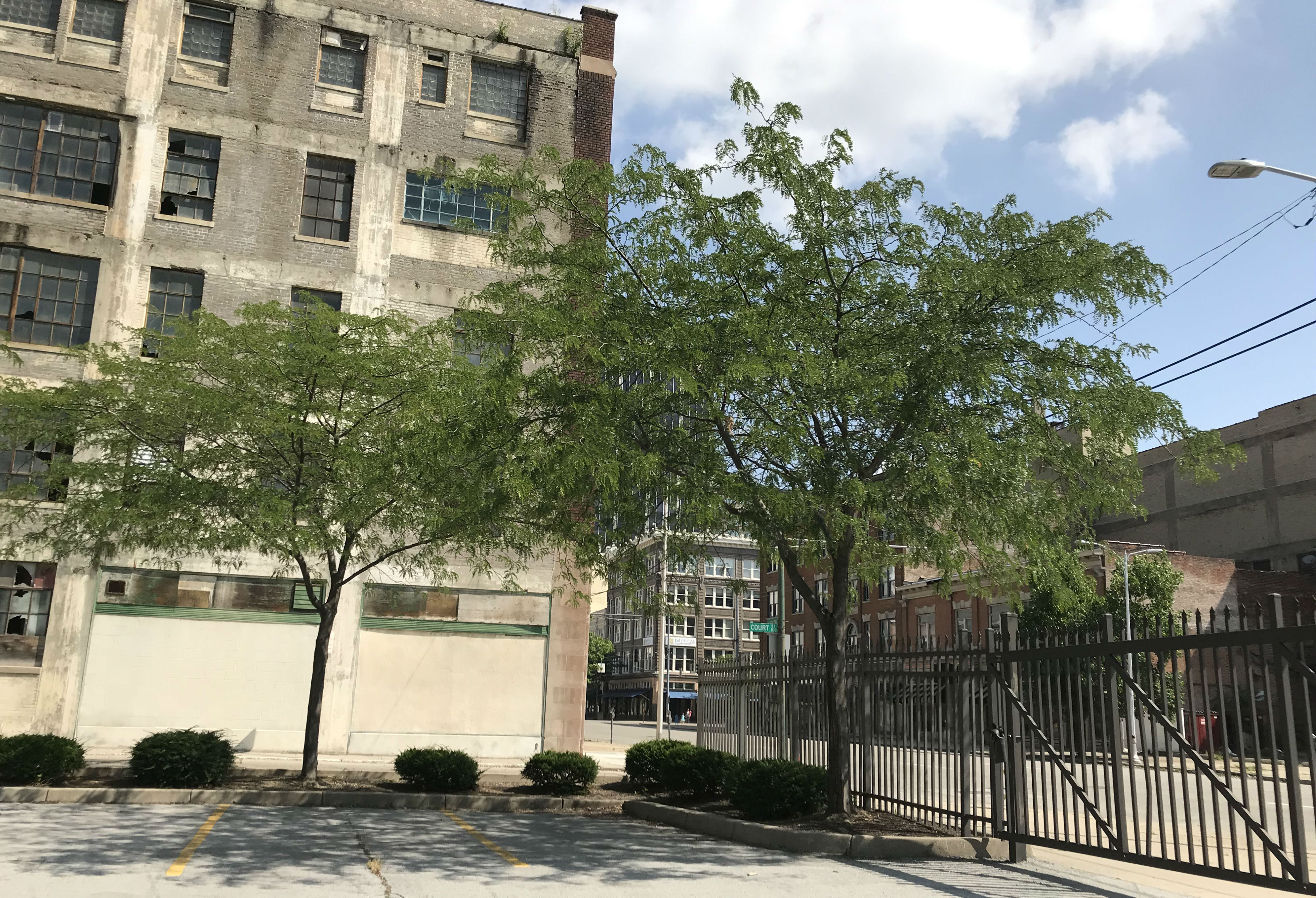 The city was awarded $400,000 last month by the state to help fund a planned renovation of the building. Built in the 1920s by a Christian publishing company, the building was declared a historic site in 2009 according to OhioHistory.org. 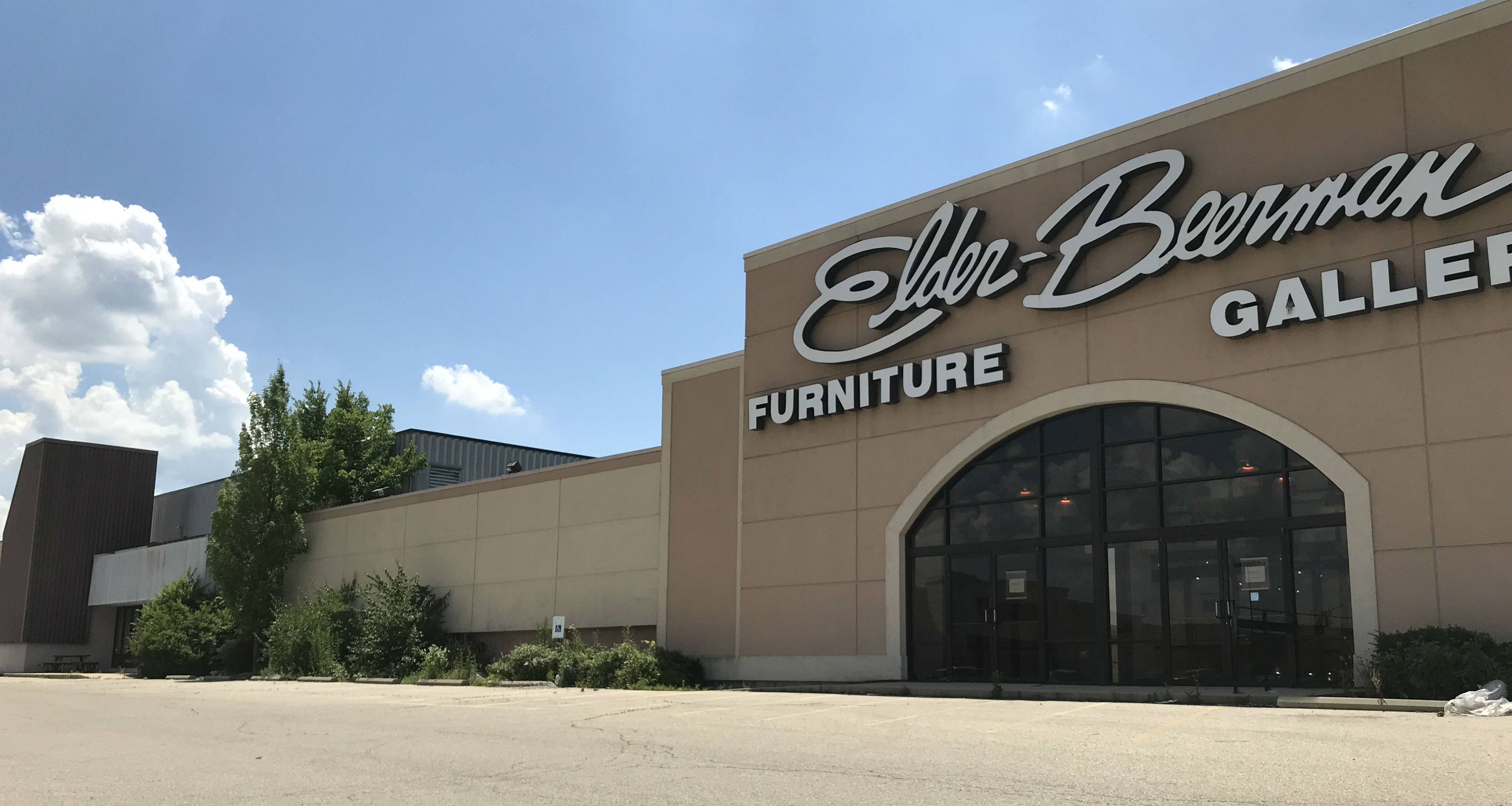 Before Elder-Beerman closed its anchor store at the Dayton Mall, the company’s furniture outlet was shut down in 2007. According to officials in Miami Twp., the building located east of the mall on the south side of 725, will re-open by the end of the year as a Big Sandy Superstore, selling furniture and appliances. 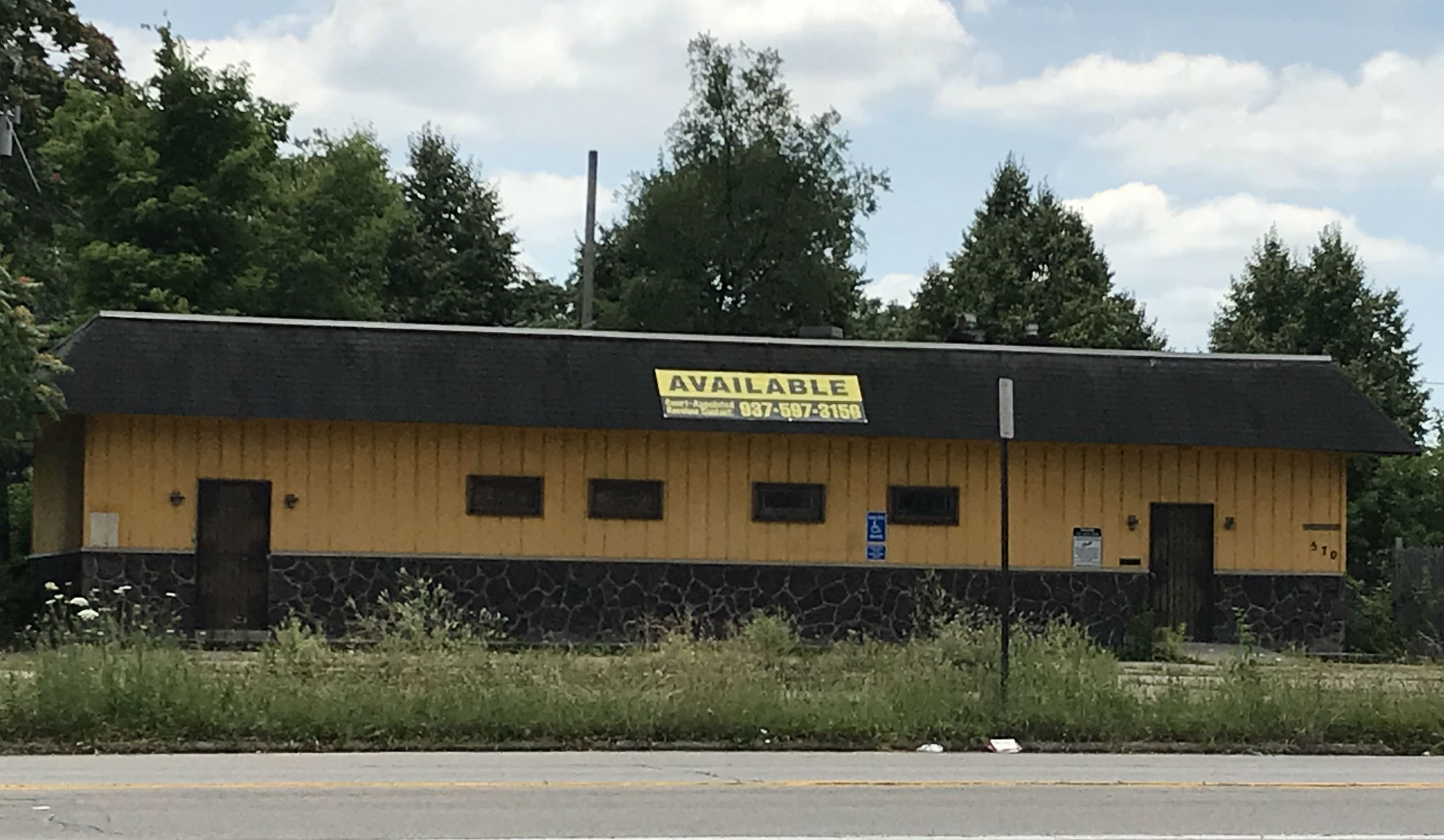 The now vacant building was the practice for Dr. James Matthews MD. A Roosevelt High School graduate, Matthews served as a brigade surgeon and paratrooper in Vietnam, until 1967. He returned to Dayton and served as a doctor in West Dayton until he retired in 2010. Dr. Matthews died in 2017 at age 79.

CORRECTION: The story originally stated Dayton Flats LLC from Toronto owned the Hewitt Soap Factory. Dayton Flats LLC owns 333 Linden Ave., which is the next building to the west and is the current home of 333 Ministries.

The group Urban Citizens for Social Justice hosted the protest. A crowd listened to speeches on how the community can come together and how to reform police departments across the country.

Volunteers step up to clean downtown Dayton, businesses react to night of damage

President and CEO of Dayton Live, which owns the Victoria Theater building says damage to windows, poster boxes and a security camera will be costly to fix. He also said it all happened within the last few minutes of the chaos.

SPRINGFIELD, Ohio (WDTN) – Protesters took to the streets in Springfield on Sunday afternoon.

A photo sent in from a 2 NEWS viewer shows protesters blocking the road on East North Street near Limestone Street.

Volunteers step up to clean downtown Dayton, businesses react to night of damage

Many states scrambling to update hurricane plans for virus

Crowd gathers in downtown Dayton for another day of protests

‘I’m under here!’ Boy trapped under Jeep in his bedroom after drunk driver plows into home

2nd Street Market to reopen with restrictions for shoppers