DAYTON, Ohio (WDTN) – After serving time in the military, it can be difficult for veterans to find a job in the civilian world, but a local organization is making strides to ensure veterans find their new calling.

Not only does the Veterans Employers Connection at Goodwill Easter Seals of the Miami Valley show veterans the wide array of possible careers, but it arms them with the tools to get and maintain the jobs as they transition to a civilian lifestyle.

The program coordinator, Pamela Toliver, is a United States Air Force veteran herself so she said she uses her own experiences to relate to the veterans.

“I understand the process of trying to look for employment and not being able to find that niche where you actually belong,” said Toliver.

She said they have a variety of tutoring programs to get these veterans, many who have backgrounds in the infantry, ready for a civilian lifestyle.

Currently, they partner with nearly 80 Miami Valley organizations who are open to hiring and training these former servicemen and women.

“We help them with their resume, and we help coach them as far as interview questions, and also help them to navigate or refer to them to any other resources that they might require,” said Toliver.

Michael McBride is one of the veterans, who said the connection has allowed him to find a new calling.

McBride joined the United States Air Force in the Cold War era and told 2 NEWS he fought in the Gulf War.

He said adjusting and fitting into the working world was tough for him and many others.

“I couldn’t do a lot of the things that I had pride in,” said McBride. “Couldn’t work on the aircraft anymore, the civilian world looked at us mechanics as not the same.”

But through Goodwill Easter Seals, he took business training and medical terminology, which he said landed him in a number of jobs he enjoyed until he found his calling.

“I became my own CEO of my wife’s and my own company,” said McBride. “I found me…I found me, and dark times don’t happen very often now.”

For more information on the Veteran Employers Connection, click here.

One of the levies would provide funding to build a new elementary school, and the other would allow for renovations at the junior/senior high school, according to superintendent Matt Bishop.

The company has secured showrooms at both the Dayton Mall and the Mall at Fairfield Commons.

DAYTON, Ohio (WDTN) - On Tuesday, Scott Koorndyk, president of The Entrepreneurs Center presented an update on the Dayton Arcade to the Montgomery County Commissioners.

According to Koorndyk, a majority of the leasing space for businesses is being claimed before the official announcement about the space being available has even gone out.

Police call for backup during incident on Catalpa Drive 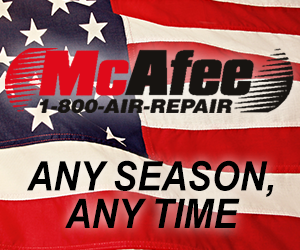 Dayton Arcade "ahead of schedule" in leasing out business offices